Monday of Holy Week: Messianic Challenge to the Market Society & The Religious Temple 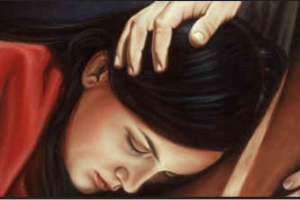 Monday in Holy Week, the day after Palm Sunday, is when Jesus returns to the temple after staying the night in Bethany, where he curses the Fig Tree and literally throws out the money changers in the Temple.  Traditionally this is interpreted as Jesus asserting his Messianic authority and the importance of actual faith in practice, and not on religious privilege.  We remember Jesus’ challenge to the Pharisees and Sadducees – that living the faith was important – not just relying on being God’s people – it needed the orientation of the heart and action rather than just in the head and not impacting on the way they were living. It is interesting that the moneychangers were in the outer courts assigned for people like me – the Gentiles.  But at the same time, Jesus has compassion on the sick who gather around him after he throws out the market stalls.

What are we to make of this in Holy Week?

There is something here about Jesus challenging a purely market society when it denigrates God and the poor and needy, and boy is that an issue right now.  The Poor, in particular, are treated like Lepers in our current culture – where often there is little compassion or support – even from some Christians!   So Monday week is a reminder then to engage with the question how are we IN a modern culture but also NOT OF our modern culture. The balance of affirming what is God, and challenging that what distorts.  Or Jesus puts it far better than I can – Give to Caesar what is Caesars and give to Gog what is Gods.

So as we enter Holy Week, think about your life, your priorities, your sense of where God is and calling you, to step up to what Jesus is saying here – around a practical outworking of the Christian life – not to exist out of a sense of privilege or even wealth, but the calling to follow Jesus as he demonstrates his Messiahship, after he has entered Jerusalem the first time on Palm Sunday, and comes the second day to challenge the Authority of the Temple and the power of the Market.

And so in the context of Jesus challenging the Powers of the Religious Temple and the power of the Market, we remember that Jesus anointed and healed those in need, as the new authority is centred on the Kingdom of God, or rather – the Kin-dom of God as a New Zealander friend once called it.