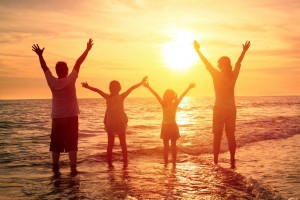 One of the great problems at the moment, is that the Christian Church has a polarised debate on understanding human sexuality.  The Church for centuries has had a dis-ease with the human body as a source of sin and sexual immorality, rather than made in the image of God if we trust the writings of the Hebrew Scriptures of the bible.  This problem has largely been the achilles heal of the Church because of the heresy of gnosticism that haunts the church, which saw all flesh as evil, as something we should escape from.

What we need is a better theology of human sexuality, and that there is a difference between sexual identity and sexual behaviour.

I therefore post this important paper which I think gives an important broad background and deals with the contention of the interpretation of certain biblical texts.

The Church needs to stop calling this issues around doctrine and the creeds, or heresy, and engage with the fact that we are taking about issues of biblical interpretation.  Then I hope drawing on texts like this we can draw on a sense of unity in diversity rather than the damaging debate where the two sides try to out-bible each other, and can’t accept that maybe we need to get to a place to politely disagree BUT remain brothers and sisters in Christ, therefore a model of the Church to hold into a unity in diversity rather than unity in conformity. See the link below.